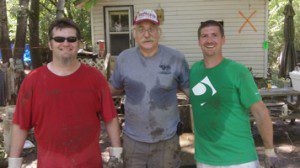 Last Saturday Quest Community Church was given the opportunity to link arms with Pete Wilson’s Cross Point Church in Nashville, TN to help with the mass of flood victims. We left Lexington at 6:00 a.m. in the dark to head to Nashville early enough to head out with our wave of volunteers. Upon arrival to Cross Point, we saw church volunteers from all over Tennessee and Kentucky, over 700 in our wave and many more coming in by the hour. The experience that was to follow both strengthened and broke my heart as we were able to be the hands and feet of Jesus. 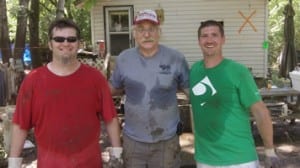 Our group of about 35 people from 3 churches was dispatched to a small rural community that was close to a waterfront. They had essentially lost all of their worldly possessions. I saw a house completely washed off it’s foundation, and piles of debris taller than me lined the street. Every so often there was a foul smell in the air of mildew and fish that had washed ashore. We made sure that we wore masks while we were inside the homes as we carried the rest of people’s things things from books and photos to heavy furniture to the road. Actually, the first item we picked up in a ditch was a kids stuffed animal covered in mud which really made the situation real to me. 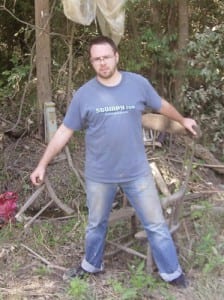 The main lady that we were privileged to assist had 3 properties and they were all about destroyed. She was an art professor at a university down there, focusing on metal sculpture. Her books were not salvageable, but she wanted to keep them anyway. Her house was going to have to be demolished, but her second property could possibly be saved so that is where we put the few things that were left. Her 3rd piece of real estate had a trailer and a garage with a devastated machine shop. Upon opening the garage door, water flowed out as we looked at drill presses and other equipment that were already rusting.

Even though the lady had lost most everything, her spirits were high as those of us from Quest loved on her. As she told her escape story, it turns out that she waited till the last minute to escape. At midnight, the water was just at the back porch, and by 3:00 a.m. it was engulfing the roof of the house! She had a canoe, so she loaded up a few books, art prints and the dog and rowed out the front door into the woods. She only knew 3 hymns, so she sang them as the water basically took her into the night towards higher ground. As she told us the story, you could tell that she was distraught, but was going to be strong through this storm in her life. 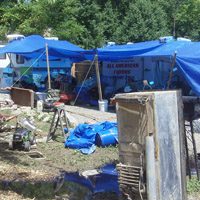 It was definitely a great experience to help people that I had no idea who they were and would probably never see again. And, reflecting back on the experience, I began to think of how important volunteer activism and really the capital “C” Church is to the community. That lady and all the people on that street had no one to help them clear their homes. The government has to send millions of dollars in funding to disaster stricken areas, but that number would be significantly higher without the Church. And, I have heard it before but believe it now, the church is commonly the first responders and the last to leave.